The iRobot Roomba 675 is one of the most popular Roomba units. It is one of those vacuum robots that won’t burn a hole in your pocket because it is affordable while having smart features that latest Roomba units have. The Roomba 600 Series, particularly the Roomba 675, is ideal for people who are just trying out or exploring vacuum robots for the first time. It is also great for people who like to get a high-quality vacuum robot without breaking the bank.

The Roomba 675 is a mid-range, entry-level, vacuum robot that is perfect for small to medium-sized homes. It cleans dirt, dust, and hair on different kinds of floorings may it be hard floors or carpets. It is also smart enough to do scheduled cleaning sessions and avoid cliffs and bumps. Plus it supports wireless connectivity and can recognize voice commands via Amazon Alexa and Google Assistant.

The design of Roomba 675 is very similar to other Roomba units. It is round and it is black. It looks like a big cd player. The placement of the control buttons are also the same, in the center of the device with the brand logo at the bottom. This vacuum robot looks very modern and clean. It does not have a lot of fancy decorations or buttons. It only has a total of 3 control  buttons, the Clean or power button, Spot, and Dock. The buttons are silver in color with a green outline on the Clean button.

The Roomba 675 is considered as an entry-level vacuum robot, a low-cost vacuum robot with enough power and some of its features are identical to more advanced and expensive Roomba units. It uses the same 3-stage cleaning system: loosens, lifts, and suctions dust, dirt, and hair from your hardwood, tile, linoleum, or carpet flooring. This robot vacuum also has a duo brush design–the Dual Multi-Surface Brushes and the Edge-Sweeping Brush. The Dual Multi-Surface Brushes grab dust, dirt, and large debris while the Edge-Sweeping Brush sweeps the debris away from edges and corners.

Aside from having two different brushes, the Roomba 675 is also equipped with Dirt Detect Technology that detects the filthy areas and will thoroughly clean that area by going back and forth until all the dirt, dust, and other debris is gone. iRobot also fitted the Roomba 675 with AeroVac filter to capture dust and particles that the brushes won’t be able to capture. And if you are scared about the Roomba 675 falling down, worry no more, as it uses the iAdapt Technology and other cliff and bump sensors that will prevent it from falling down the stairs or from bumping on the wall.

Like the other cheaper Roomba units, the Roomba 675 uses random navigation which means it moves randomly as it cleans. It does not have Imprint Smart Mapping Technology, a technology that allows the device to remember the layout of your home, nor a camera to map your home. While it does not have advanced navigation, the good thing about the Roomba 675, is that it supports wireless connectivity so it is compatible with the iRobot Home App and can recognize voice commands via Google Assistant and Amazon Alexa.

The WiFi feature allows more hands-free control with the use of the iRobot Home App which you can directly download to your smartphone and or tablet. You can also use the app to schedule cleaning sessions and monitor the vacuum robot as well.

The GOOVI Robot Vacuum Robot is among the cheapest that you can find in the market. It has large wheels that can roll over the carpets and climb over door ledges. It also has different cleaning modes which the Roomba 675 does not have. And just like the Roomba 675, it also supports WiFi and uses an app called the GOOVIHome App that allows you to control the device and schedule cleaning sessions using your smartphone or tablet. It is more affordable but it also lacks a lot of features that the Roomba 675 has like the iAdapt technology and the Dirt Detect technology. It also does not use a duo brush design. 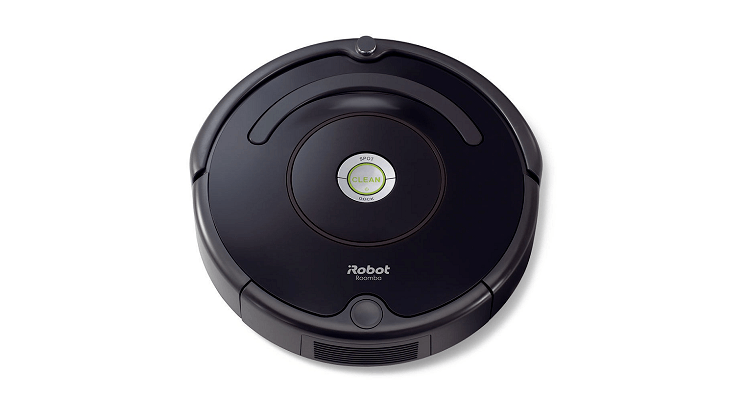 This iRobot Roomba model is an entry level Roomba and it is very similar with the Roomba 675. It has the same features except that it is not WiFi-enabled. If you think you don’t need the WiFi feature the Roomba 614 is a good option. It is a basic vacuum robot and it is inexpensive. It has both the Dirt Detect Technology and iAdapt technology and uses the same 3-stage cleaning system. Design-wise, this Roomba looks very similar with the Roomba 675 too. The only difference is the wireless connectivity of the Roomba 675 and its compatibility with the iRobot Home App, Amazon Alexa, and Google Assistant.

This robot vacuum is also inexpensive but it has a lot of advanced features. It has a 3-stage cleaning system like the Roomba 675 and is WiFi-enabled so it uses a smart app to control the device and can recognize voice commands via Google Assistant and Amazon Alexa at the same time. It is also equipped with infrared sensors, to avoid falling down the stairs and bumping to a wall, and an anti-scratch tempered glass top cover. The MOOSOO Robot Vacuum also has different cleaning modes and a 100-minute run time. While the Roomba 675 does not have cleaning mode options and only has a 90-minute run time.

Q. Can it map the flooring of your house?

A. No, the Roomba 675 does not have Imprint Smart Mapping and Imprint Link Technology.

Q. What kind of filter does it use?

A. The Roomba 675 uses the AeroVac filter to capture dust and small debris.

Q. Can I operate the device even without WiFi?

A. Yes, the Roomba 675  can work manually even without WiFi.

Q. Does it have WiFi?

Q. Can I schedule cleaning sessions with the Roomba 675? 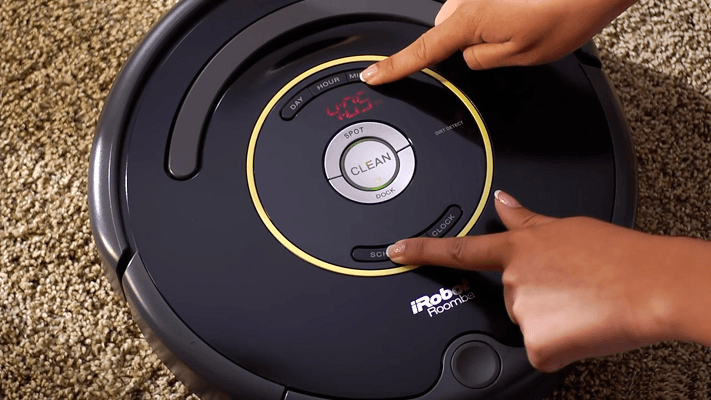 A. Yes, you may schedule cleaning sessions to your Roomba 675 using the iRobot Home App.

Q. Will the Roomba 675 get caught up on rug tassels?

A. Yes, the Roomba 675 gets hung up on fringes. You may want to roll rugs with tassels so they won’t get vacuumed.

Q. Does it have a Virtual Wall?

A. No, the Roomba 675 does not have a Virtual Wall, a technology that creates an invisible barrier that the device won’t cross making it easy for you to control the device to a particular area.

Q. Will the Roomba 675 suck up power and electrical cords?

A. No, the Roomba 675 is equipped with Anti-tangle technology that allows the device to understand when a cord or even a shoelace is being sucked up.

Q. Does the Roomba 675 navigate in straight lines?

A. No, the Roomba 675 do not have smart navigation. It uses random navigation and will pinball randomly on the area that it’s cleaning. 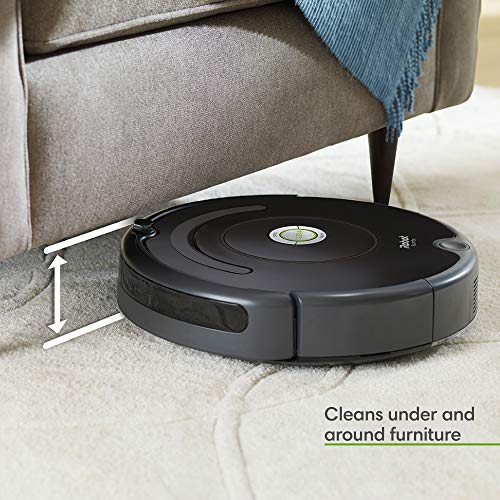 The iRobot Roomba 675 is a very good vacuum robot, especially if you are someone who is looking for an affordable and high-quality vacuum robot. It has very smart features and is equipped with technologies like the Dirt Detect Technology and iAdapt Technology, that other affordable vacuum robots do not have. It also uses a 3-stage cleaning system so you are ensured that the area is clean.

With it being WiFi-enabled, you can do a lot of things. You can control the Roomba 675 using the iRobot Home App which you can download to your smartphone and or tablet. Plus, it also recognizes voice commands through Google Assistant and Amazon Alexa.  It also has a very sleek and minimalist design and it looks very sturdy too. Aside from that, it also has an impressive battery life. It uses lithium ion batteries and can run up to 90 minutes and it also automatically recharges itself when the battery runs low.

Overall, the Roomba 675 is a great vacuum robot that won’t break the bank. It may be entry-level and is most suited to small to medium places but its cleaning ability and its features are impressive.