Vacuum robots are expensive, especially those with smart features and advanced technologies. But the brand iRobot has entry-level vacuum robots that are budget-friendly. There are many series from iRobot’s Roomba selection. The 600 Series has the most basic and the most affordable vacuum robot from the brand.

The Roomba 614 and the 675 are both vacuum robots from the iRobot Roomba lineup. They are cheap but they are equipped with advanced technologies which is why they are very popular with the crowd. The 614 and the 675 are very similar, especially with how they look and their cleaning performance. The main difference between these two robots is the ability to connect to the home network. The Roomba 675 is a basic vacuum robot but it is WiFi-enabled, a feature that the 614 does not offer.

Choosing which product to buy can be  confusing, especially if they have very similar properties. In this article, we will discuss the similarities and specifications of both the 614 and 675 as well as their differences.

The Differences between Roomba 614 vs 675

The Similarities between Roomba 614 vs 675 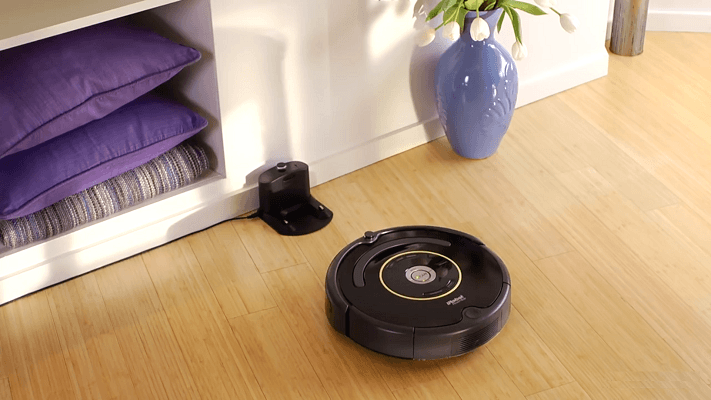 The table below provides the specifications for the Roomba 675 and 690:

Comparing the iRobot Roomba 675 and 690 in Detail

Even at first glance, the 614 and the 675 are pretty much the same device. They both have the same round body type with an all-black design. They also have three control buttons located in the center of the device: CLEAN button that serves as the power button, Dock button, and Spot button. 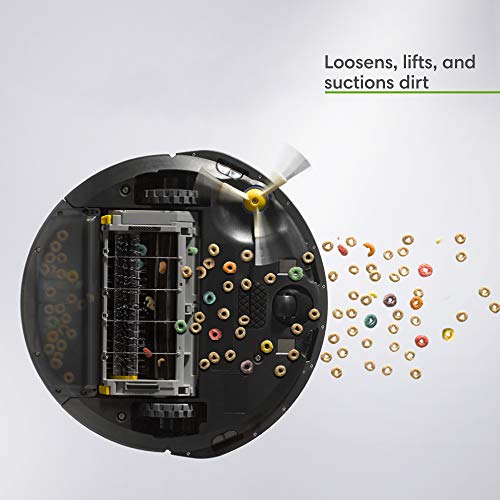 If you flip the device, you will see a pair of wheels for both the 614 and 675.  You will also find the brushes and sensors underneath. The only thing that sets them apart, in terms of design, is the dimension. The 614 is, ever so slightly, heavier than the 675 but they both stand at 3.6 inches tall.

The 614 and the 675 are made of premium, high-quality materials. These robots are cheap but they are still very good vacuum robots. Both the 614 and the 675 have a 3-Stage Cleaning System – a system that is unique to the iRobot Roomba lineup. The 614 and the 675 use Dual Multi-Surface Brushes to pick up dust, dirt, and large debris; Edge-Sweeping Brush to remove the debris away from edges and corners; and a vacuum suction to lift deep seated dirt.

These robot vacuums are equipped with AeroVac filters so you are assured that dirt and dust that we do not usually see are filtered and captured. As for their dust bin, both of them also use an AeroVac dust bin with 300 ml capacity.

The 614 and 675 both have pseudo-random navigations. They use iRobot Roomba’s patented iAdapt technology – a technology that uses cliff and bump sensors. These sensors prevent the 614 and the 675 from falling down the stairs and from bumping into walls. Unlike the more expensive Roomba units, the 614 and the 675 do not have smart mapping, therefore, they move around randomly as they clean.

The 614 and 675, just like any other Roomba units, have Anti-Tangle Technology. This technology makes it possible for the 614 and the 675 to recognize electrical wires and cords.

The 614 and the 675 also use iRobot Roomba’s patented Dirt Detection technology. This technology helps the 614 and the 675 detect heavily soiled areas. The robots will go through the dirty area back and forth until that place is clean and free from dirt.

Both the 614 and the 675 both have lithium-ion batteries and can run for up to 90 minutes per charge. They also automatically go back to their bases to recharge when their battery is low.

This area separates the 614 and the 675. The 614 is not WiFi-enabled while the 675 supports WiFi and can connect to your home network. With that being said, the 675 can be operated through the iRobot Home App and through smart home devices like Google Assistant and Amazon Alexa.

Through the iRobot Home App – an app that you can download on your smartphone or tablet – you can monitor and schedule cleaning sessions. You will be able to check battery and dustbin information as well. The 675 also recognize voice commands through Google Assistant and Amazon Alexa.

Q. Do they have Virtual Wall Technology?

Q. Do they work with fringe?

A. Yes. The 614 and the 675 have Anti-Tangle sensors and can recognize fringes as well.

Q. How many times should I clean the dust bin?

A. The dust bin should be emptied every day or every cleaning cycle.

Q. Can these robots clean the staircase?

A. No. The 614 and the 675 are not designed to clean staircases. They have  cliff and bump sensors that will automatically detect if the device is near a staircase.

Q. How long is the battery life of these vacuum robots?

A. The Roomba 614 and 675 use lithium-ion batteries and can run up to 90 minutes per charge. The robots also automatically recharge when their batteries are low. 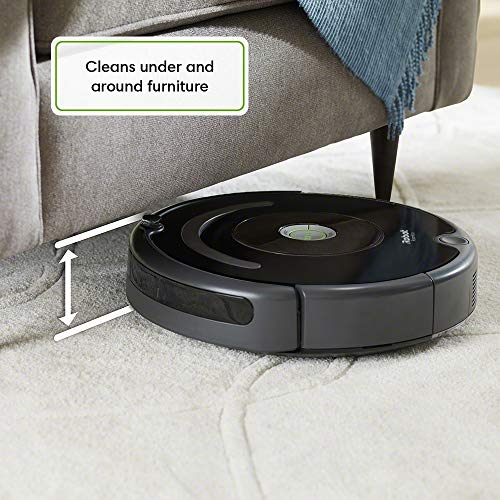 The Roomba 614 and the 675 have similar features. Even their designs are very alike. The only difference between these two robots is the 675’s WiFi feature – a feature that makes a lot of difference. The WiFi feature is a very important feature, especially for iRobot Roomba vacuum robots because they do not come with a remote control.

Being able to connect to the home network gives you a more hands-free control over the device. The 675 offers a WiFi feature and allows you to monitor and schedule cleaning sessions through the iRobot Home App. It can also recognize voice commands through Amazon Alexa and Google Assistant.

With that being said, the Roomba 675 is clearly the winner here. It has great features and impressive cleaning performance for an entry-level vacuum robot plus it has a WiFi. Meanwhile, the 614 is also a good option especially if you want to save a few bucks.